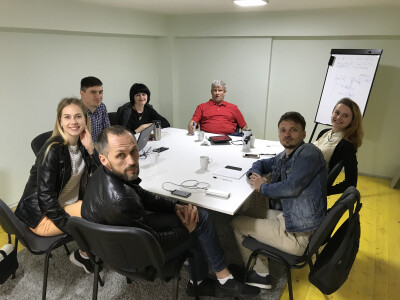 Nine Ukrainians took part in Radstock’s second Church Planters Academy in Macedonia from April 13th-28th.  Five were returning for Stage II, while the other four were beginning the Academy program and will attend Stage II in the autumn. Academy Director, Pastor Max Tykhonov of Liberty Church in 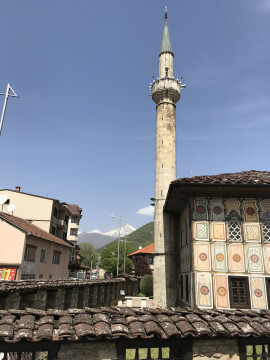 Kiev, Ukraine said, “There is so much value to the group being able to receive the training outside their own context. This is a big part of their learning. Being in Macedonia, we were also able to see various elements of Islamic culture, as well as Orthodox Christian culture.”

A highlight of the Academy was the training in disciple-making which was taught by Pastor Jerry Rahm, of Christ the King Presbyterian Church in Austin, Texas. Jerry said, “Our church has been involved in Ukraine for about 20 years. I met some of these church planters at English camp before they were Christians. I know them well. It is wonderful to be able to teach them here at the Academy.”  It wasn’t always easy, either. The ‘Stage II’ group’s leadership style was evaluated by the younger ‘Stage I’ group.  “It was surprising for them,” reported Max. “They didn’t always know how they were coming across.” 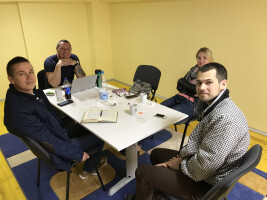 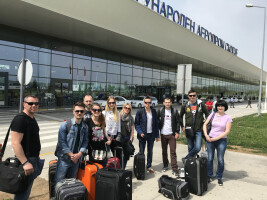 Besides spending long days in the classroom, the nine students were engaged in outreach, mostly through ‘English evenings’ hosted by the local Radstock team. The Ukrainians were an attraction, even inviting the students living in the apartment next door, who they met while relaxing on their balcony.

Radstock is planning to run the Church Planters Academy every year. Is there anyone in your church who could benefit from taking part? Could you support us financially or pray for those involved in the Academy?